So my three flatmates and I are a bit like a dysfunctional family.  Yesterday one of them got back from her boyfriend’s house and found that a brand new cereal box she had bought before leaving for the weekend was empty.  I’m pretty sure the cockroaches ate it, but that’s not what she thinks…  There’s a thief among us! 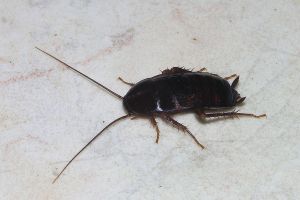 I think he’s kind of cute. what, with the little antennas. they were the previous tenants, who overstayed.

It’s impossible to be angry while eating a freshly baked pizza.  That’s the real problem in this apartment.  Everyone’s too skinny, and they won’t sit down to have a nice piece of my homemade pizza on Fridays.

Zak, you’re the philosopher between the two of us.  Maybe you could explain Edmund Husserl to me.  What’s that guy’s deal?  We talk about him a lot at the conservatory here in Milano, but Italians have a funny way of reading German philosophy…

Another flatmate wants compensation for all the cleaning she has to do.  That sounds like a nice deal for me too.  We should look into that.

Yeah, I ended up with all girls—grow up, people!

I mean phenomenology is great for natural science—despite whatever Husserl thought it was for.  I realize there’s something tidy about not making too many assumptions about the external world, or even about other people.  But aren’t some assumptions worth making?  I’d rather have Freud presumptuously tell me I’m sick and twisted than B. F. Skinner quietly intimating that he knows nothing about me.  It’s better to live with a vocal cereal-rights activist than with someone passive-aggressive who just quietly throws away all the toilet-paper.  Amusing as that is.

So while I’m sparing you the gory details, we’re obviously having difficulty empathizing with each other.

But I insist on this: that human contact is the end purpose of language.  That’s why I’m writing to you, and that’s why I enjoy reading so much.  When I first read Dante it had a big impact on me.  I felt I had escaped for a moment from the prison of my own head and caught a brief glimpse inside someone else’s.  That’s exactly what I’ve always wanted to do in life, and I felt that this was an experience I shared with other readers.  Illusion or not, that’s how I felt.

Today’s unusual usage for spoons: clashing them loudly into a dishwasher at two in the morning to express how poorly washed you find them to be.

When Freud sat down his patients to explain how sexuality was the latent force behind all their thoughts and dreams, well, I’m sure they didn’t terribly appreciate that at first.  But at least he was assuming for better or worse that there was something to it all.  Something being expressed. 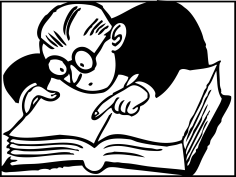 That’s what it means to read a text—to assume there’s something to it all.  Some existing object encrypted within language.  If we don’t make that assumption, we’re not really reading, we’re just looking at little black shapes on pieces of paper.  If you’re merely a scientist, maybe that’s all you see.  But no one’s merely a scientist.  For me, a complete human, there’s conscious meaning behind those little shapes.

I’m not saying the meaning has to be sex… it could be contact in general… or fruit loops.

I guess what I’m saying is there must be something to this whole cereal craze.  I should make good assumptions.  I should try to take a peek inside my flatmate’s head and come to empathize with her deep feelings about cereal.  Let’s be honest.  We all know it’s never just about cereal.