So I’ve been thinking a lot about peanut butter recently.  Especially about its texture.  There’s something very interesting and unique about that silky quality it has.  It can take just about any shape, but it always has the same generally smooth and even consistency.

We don’t have peanut butter here in Italy.

Zak, one thing I’ve noticed through my experience as a composer and a poetaster is that writing takes a bit of frivolity.  Writers are usually the sorts of people who take pointless things very seriously.  Things like pyjamas.

That’s one aspect I admired about my composition teacher in undergrad.  You could present the most pointless and ridiculous ideas to him, and he would always dive right into them with you head first.  There wouldn’t be even a moment of hesitation to ask how worthwhile something really was.

In the end, I think pointlessness usually does turn out to be worthwhile, but an artist needs to be willing to invest in something while it’s still just pointless.  There was once a 34 year-old man who started spending all his energy thinking about four little notes.  He was clearly just wasting his life, and if he had any sense he would have dedicated himself to something more useful.  But then we wouldn’t have Beethoven’s fifth symphony.

In your last entry:

“I’ve been a bum of a correspondent recently. […] I have allowed myself to become overwhelmed.” 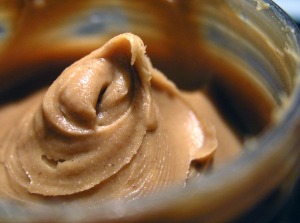 I used to think that lyricism was kind of pointless at its core.  Lyrical poetry could express its meaning just as clearly without so many rhymes.  Lyrical melodies could be taken out of a composition without really disturbing its functional structure.

But none of that is actually true.  Lyricism is a fundamental part of communication.  If even our everyday language were fully devoid of lyricism, it would quickly become unintelligible.  That starts to happen whenever we write complex sentences with lots of prepositional phrases and parentheticals.  Try reading this sentence:

“At a time in the history of Western thought of serious skepticism toward teleological thinking in general, I admit that a theory of semiotics based on the purpose of language may seem like a naive proposal.”

Don’t hurt yourself.  I had to revise this because each of the prepositional phrases seemed isolated from the overall flow.  When you read it aloud, it sounds like the individual bricks are falling apart and the overall building is crumbling.

A certain amount of lyrical peanut butter is needed as mortar to hold together the meaning of language, even when it’s prose.  Rhythm and euphony are not just fun games for people with nothing better to do.  They are an essential function of human expression.

One thought on “Peanut Butter”